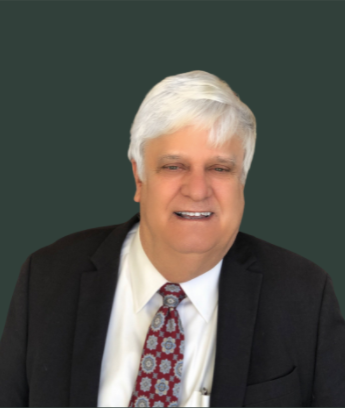 After a lifetime of service in the funeral industry, Bruce is committed to serving the families and communities of Gordon County. He is the second generation funeral director, growing up in downtown Calhoun with his parents, J.W. and Evelyn Thomas. Bruce can trace his family roots to settlers of Plainville and Scottsville, where his family were farmers.

Bruce graduated from Calhoun High School, and continued his education at the University of West Georgia. Encouraged by his parents, Bruce attended John A. Gupton College of Mortuary Science in Nashville and graduated as a licensed funeral director and embalmer.

In service to his community, Bruce has served as a deacon at the First Baptist Church and as a member of the Rotary Club. He is also a member of several national organizations, such as the National Funeral Directors Association, and has attended several conferences over the years.

Bruce is proud of his three children: Sarah Thomas, Gregory Thomas, and Stephanie Thomas Fancher. He enjoys spending time with his children, from repairing antique cars with his son to teaching his daughters about gardening. Bruce’s favorite family activities include watching the Indy 500 and enjoying dinner with family.

In 2011, Bruce married Sue Ellen Harbour. They first met in college and reconnected after many years. Sue Ellen has several grandchildren who reside in Valdosta. Together, they enjoy spending time with their two dogs, Bogdan and Lily, and taking long drives in the evening around Gordon County. 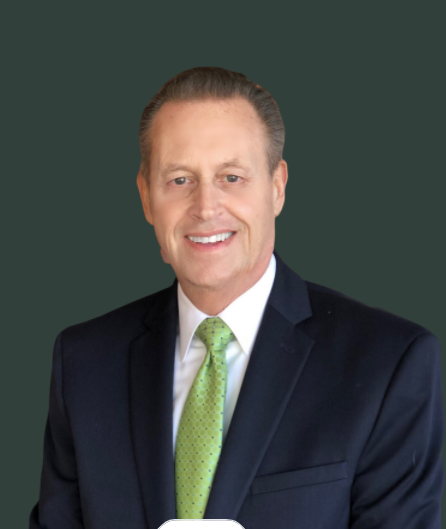 Alvin has served his native Calhoun for decades with thoughtful and compassionate service to bereaved families and the larger Gordon County Community. Alvin is a graduate of Calhoun High School, the Gupton-Jones College of Mortuary Science, and the University of Tennessee’s Post Mortem Eye Enucleation Program. He is a member in good standing of the Academy of Graduate Embalmers of Georgia.

Having joined the Thomas Funeral Home staff in July 1991, Alvin acts with compassionate care and exemplary professionalism to all who meet him. He has decades of funeral directing experience and can assist families from the first call to internment. “We are so grateful for Alvin’s commitment to our families at Thomas Funeral Home, and are proud of his achievements in our community,” says Bruce Thomas.

Alvin and his wife Patricia “Pat” Hammontree have been married for 45 wonderful years. Both share a love for service to their community as Pat is a Registered Nurse at Gordon Hospital. Together, they attend Trinity Baptist Church. Alvin and Pat have two daughters Leslie (Alex) Greeson and Niki (Billy) Smith and are devoted grandparents to Victoria Roper, Annabelle Roper, Lance Mauldin, and Madison Smith. 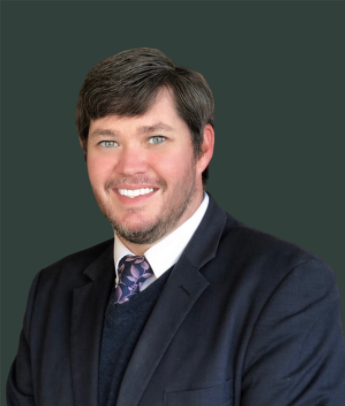 After a close relative passed away, Chaz found the funeral services business interesting and wanted to learn more about the profession. In 2014, Thomas Funeral Home provided Chaz with the opportunity to explore the funeral service profession while completing his degree from John A. Gupton. “Chaz listens and hears the needs of each unique family. His love for his small-town community reflects his passion for helping bereaved families. We are so proud of his recent licensure, and we look forward to Chaz’s service in the community as a funeral director,” says Bruce Thomas.

Chaz is married to Candace Mezick and together they have two sons, Walt and Levi. Their family extends to beloved dogs, Bama and Jolene, and two cats named Milo and Otis. Chaz and his family live on a working farm with cows, chickens, and ducks. Chaz is happiest sitting on his porch with his family in the evening. 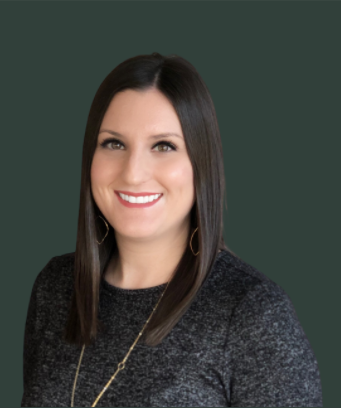 Paige found her place at Thomas Funeral Home during an internship with Gordon Central High School. Since joining Thomas Funeral Home in 2010, Paige keeps the office in tip top shape and is often the person a family meets. Paige is also an apprentice embalmer.

Paige loves working in a capacity that helps and serves others, and the community enjoys her friendly and kind demeanor. “Paige is so masterful in her administrative projects but is always welcoming to our families. We are so grateful to have her,” says Bruce Thomas.

Paige is married to Seth Roland and together they have two daughters, Zoe and Alice. The family isn’t complete without their two cats, Shadow and Violet, and a much beloved fish named George. 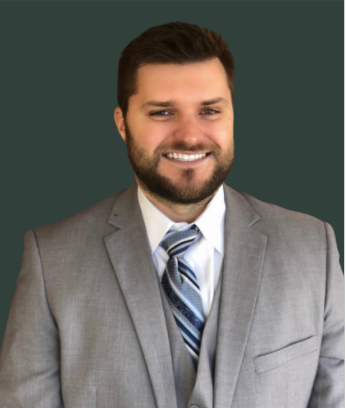 Gregory is a graduate of Darlington School and earned his business degree from Flagler College in 2017. He is the third generation of the Thomas family to actively serve the Calhoun-Gordon County Community in the funeral business.

As the business administrator, Gregory is instrumental in keeping Thomas Funeral Home an independently and privately-owned small business that serves the Calhoun community directly. “I’m so proud that my son has come to work with us. Thomas Funeral Home will always strive to serve the community, and my son’s application of his business degree to our small business ensures that we will continue to serve our community with innovative, professional practices,” says Bruce.

Gregory and his wife, Julia, were married March 7, 2020. They have two cats, Margret Thatcher and Adelaide Ardun, and enjoy spending time growing their vegetable garden. 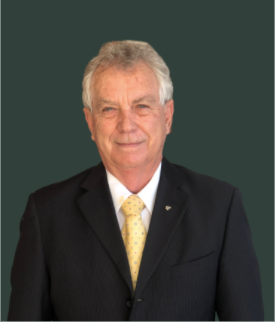 Ken was born and raised in Gordon County, where he attended Red Bud High School. He pursued a mortuary degree from Kentucky School of Mortuary Science in Louisville, KY, graduating in 1969. He returned to Calhoun, where he married Judy Padgett of Oakman, GA, in 1970.

After 30 years, Ken retired from ConAgra Poultry and returned to funeral service. He has worked with Thomas Funeral Home for 11 years, where his kind and happy demeanor brings comfort to all who interact with him. He enjoys meeting and serving different folks from across the county and providing support to grieving families.

Ken is an active member in the Calhoun-Gordon County community. He is a Past Master and Secretary of Coosawattee Masonic Lodge #306 at Pine Chapel, and he and his wife Judy have been members of Calhoun First Presbyterian Church for over 25 years, where Ken and Judy both served as an elder.

Ken is a proud father and grandfather of 6 grandchildren; his son, Alex, is a fireman in Gordon County and Paramedic in Murray County. Ken enjoyed taking his grandkids on fishing and camping trips, and is now proud to watch them grow into young adults. 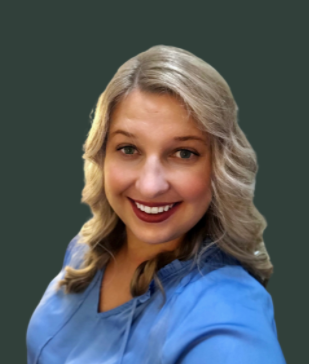 Sarah is a graduate of Calhoun High School, and earned her degrees from both Oxford College of Emory and Emory University. After working for charitable organizations in Atlanta, she decided to attend Mercer Law School where she was an Oxford Scholar.

Sarah’s work with Thomas Funeral Home is typically remote, but she can occasionally be found onsite when Bruce needs an extra set of hands. Over the last year, Sarah has played an integral role in renovating and refreshing both the digital and physical presence of Thomas Funeral Home.

As a resident of East Atlanta, Sarah lives minutes from her Grandmother Evelyn’s childhood home. She works with Atlanta Legal Aid as an attorney, and attends the Church at Ponce and Highland where she serves as a deacon. She enjoys taking her dog, Hugo, for long walks around the neighborhood. 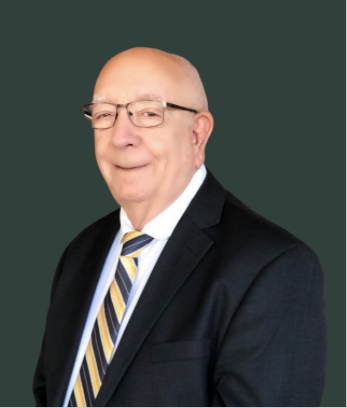 Parham is a Calhoun native and is married to the former Jean Davidson, and they have four children. He is the brother of Roy Hammontree, a former long-time employee of Thomas Funeral Home. Parham attends Antioch Baptist Church were he is a minister and deacon.

365 Days of Grief Support
Sign up for one year of grief messages designed to offer hope and healing during difficult first year after a loss
Thank you! Your submission has been received!
Oops! Something went wrong while submitting the form.
© 2021 Wilkerson Funeral Home. All Rights Reserved.
© 2021 Thomas Funeral Home. All Rights Reserved. Admin Login